Frontpage For the curious Traditions 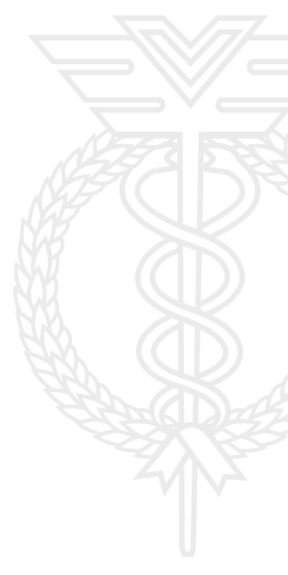 Traditions of the Student Union

VYY has many traditions, including Annual Celebration and Academic Honors. The Student Union has traditions in order to forward communality and student culture.

Anniversary Celebration and the Etiquette

Advancement of the celebration and etiquette

VYY's Anniversary Celebrations traditionally begin with a church service on Saturday morning. A Flag Procession leaves from the church after the service. The service is not a part of the official celebrations.

The Official Celebration is led by the Master of the Ceremony and starts with a cocktail event for invited guests where the guests give their salutations to the Student Union. After that comes the main celebration, that is open for everyone and usually includes a three-course meal.

One has to check their seating before entering the main celebration. The Master of Ceremony calls the honorary guests seated at the main table, after which the Flag Procession enters. One can sit after Vaasan marssi (the official song of the Student Union) is sung.

During the celebration there are speeches, songs, and distinguished VYY members and others get distinctions. During the aforementioned parts of the celebration it isn't suitable to eat. The Leader of Songs starts the songs until the first break, known as a conference. After that all attendees can start songs. One can ask for a permission to speak by tapping the glass with a knife. It isn't suitable to sing extra verses, shout or bang the table, like it is during a sitz party. The Master of Ceremony calls for two conferences during the celebration.

One can start eating after one's table (or the people around, if seated in a large table) have been served. The outermost cutlery is used first. According to good table manners, one should use the table napkin and not have one's elbows on the table. To signify that one is done with eating, one should move the cutlery to a five-o'clock-formation. After the dessert one can fold the table napkin to "cognac ears".

When toasting, one should lift the glass to eye-level, after which women toast left-right-front and men right-left-front. During the toasting one should have eye contact, give a little nod, and not clink glasses.

Emblems of the Student Union

Official Colours of the Student Union and Emblems

The Student Union of the University of Vaasa's official colours are red and gold. VYY's official emblem is a golden stylized caduceus surrounded by golden laurels, with the letter V on top. VYY's motto is "Free, sturdy, and steady" (Vapaa, vankka, vakaa). VYY's official song is Vaasan marssi, which is sang in all official events.

Hat of the Student Union

Sashes of the Student Union

One can wear a sash of other organizations as well, but one shouldn't wear more than three at a time. In events organized by VYY, one should always wear VYY's sash on the highest position. Often in events organized by others one also wears VYY's sash on the highest place, unless one has a right to wear the organizer's sash. Then the organizer's sash should be the highest. In VYY's events VYY members shouldn't wear other sashes without wearing the Student Union's sash.

Decisions on awarding acknowledgment awards are made by the Representative Council of VYY based on requests from the working group on badges of merit and honor.

VYY’s statutory working group on badges of merit and honor opens the application period for both category I and II insignia each year.

According to the VYY rules, anyone can apply for acknowledgement insignia. The insignia is applied for based on particularly distinguished participance in the activities of the Student Union of the University of Vaasa. The application form is defined by the working group and can be picked up at the office or requested by e-mail from the Student Union’s Secretary General.

In order for an application to be processed, it must be supported with enough signatures of Representative Council’s members. This list of names is available at the Student Union service office.

The merit badge application form must be submitted to the Secretary General of the Student Union by the announced deadline. Any applications submitted after the deadline will be ignored.

The working group will present the list to the Representative Council, which makes decisions on the basis of the applications received. Badges will be distributed at the Student Union’s anniversary ball in February.

Further information on the acknowledgement insignia and how to apply for them is available from the Secretary General of the Student Union.

List of Distictions and Honours awarded by VYY (In Finnish)

Miniature Flag of the Student Union

VYY's miniature flag is awarded to the Chair of the Excecutive Board, Chair of the Representative Council, the Secretary General, the Inspector, and the Curator of the Student Union in the Anniversary Celebration following the end of their term.

Miniature Pennant of the Student Union

The Emblem of the Distinguished Member

The Chalice of Positivity

The Badge of Merit

VYY's Representative Council awards Badges of Merit from the proposals of the Council of Dictinctions. The Student Union has two classes of Badges of Merit. A person who has been awarded the Badge of Merit is called a distinguished member. Anyone can make an application for the Badge of Merit, but the application must have the support of Members of the Representative Council (signatures).

The Badge of Honour

VYY awards the title of a Good Teacher and the Honorary mention yearly to distinguished members of teaching staff. The people given the title have shown to be supportive and interested in their students' learning. The nominations for the title are awarded by the Excecutive Board of the Student Union. The titles are awarded at the University of Vaasa's Anniversary Celebration.

The criteria of eligibility for a scholarship are as follows:

The application form is meant to gather basic information on the applicant, including contact details and bank details, to one document. The application letter is the applicant’s freeform justification as to why they deserve the Maija Niinioja Scholarship. The following attachments must be included to support the application:

Applications must be submitted within the set time period and in the manner indicated in the call for applications. Late applications will not be processed. Decision on support scholarships will be made by the Representative Council of VYY.

All matters relating to Maija Niinioja scholarships should be addressed to the Secretary General of VYY.

Information about the Student Union